What stops you from expressing yourself? Let's Clear That! 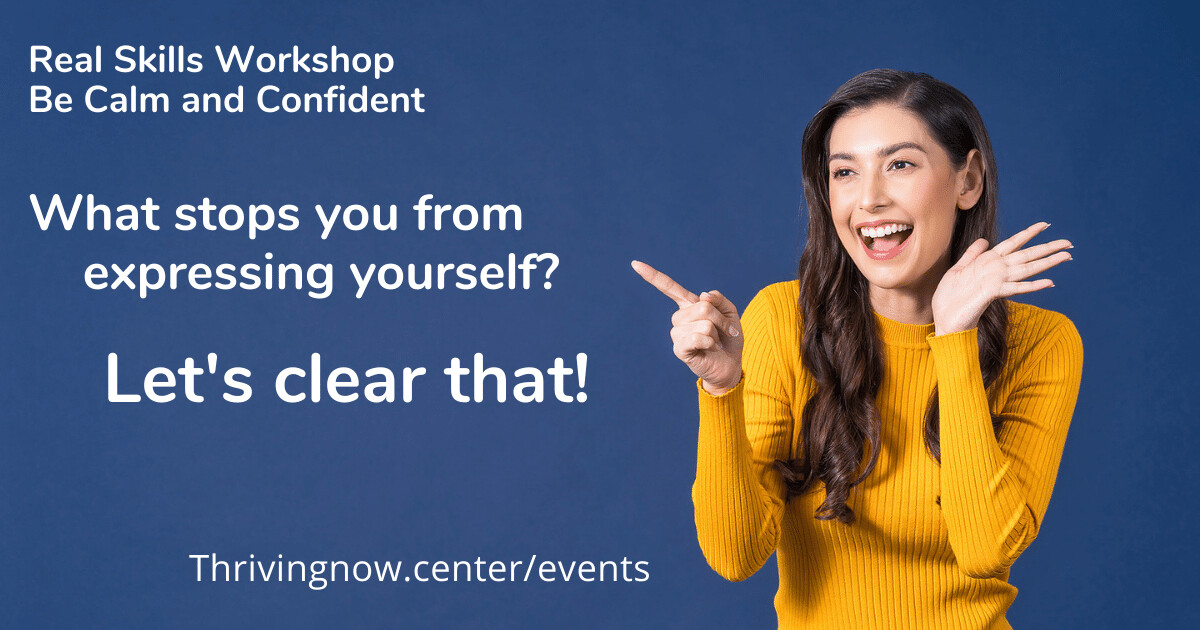 What stops you from expressing yourself? Let’s Clear That!

Humans get stopped. We get stopped for many reasons. Getting angry at ourselves for “not doing what matters” is… rarely helpful.

Cathy and I know that any work we’ve put in developing emotional real skills has been a prerequisite for making a difference in the lives of others while also living a life we feel we’re crafting.

So in this next workshop, we’d like to engage with you. We’re going to be exploring three aspects of what stops us:

We hope you’ll join us! Sign up for this Real Skills Workshop we are holding on July 27th. (Yes, you’ll also get the recording.)

If you CAN support the workshop with a payment of $7.11+ thank you – your financial support matters so much!

If you can’t, well… by all means join us for free, as our honored guest. We know your heartistry matters!

I used to believe that if I was smart, skilled, and wanted to do something… it should be easy.

Easy to get started.
Easy to complete.
Easy to be successful.

But so many worthy things are not easy. Does it mean… I’m not smart? Or not skilled? Or a failure?

What about you? Do you live with the magical misconception that it should be easier than it is?

Magical misconceptions are one of the things that stop us. Confronted with reality that doesn’t match our operating concept of how life (and effort) “should be” we – avoid, freeze, stop, let go, give up.

This is sooooo sad!

I believe you have heartistry to offer to the world, to your community, and to those you hold dear – including yourself. Magical misconceptions are something we can pick up from spiritual teachings, from parents and teachers, or just make up the story about how it SHOULD be ourselves!

Part of the benefit of the real skill of being able to calm and confidence yourself is that accepting an unwanted reality becomes… something we do – like washing our hands. Once accepted, we stop being stopped. Our energy can now look for what is more empowering – concepts to help us thrive!

In this workshop tomorrow, Tuesday Jul 27, Cathy and I will touch on magical misconceptions as one of the ways we get stopped. We’ll help you clear one or two!

We’re also going to engage with Fresh Fears, and not just the obvious ones. When we’re engaging in ways that matter to our heart, we WILL come across fresh things to fear. The real skill to manage that fear and re-establish calm and confidence is core to our growth and contribution.

We so hope you’ll join us… live if you can at 830pm EDT… and if not, treat the replay “just like you were there with us.”

What stops you from expressing yourself? Let’s Clear That! - Workshop Session

This was a potent exploration of the Magical Misconceptions, Fresh Fears, and Baby Steps combined with Calming and Confidencing… hope you’ll listen and tap along.

I’ve learnt sooo much from this! My biggest “magical misconception” right now is that I always think that the best way to “get better” from all my triggers, is to go deeeeep into the root triggers and resolve it with tapping. Now I can start to see clearer that community support and sometimes even pausing, and understanding ourselves more with all these new perspectives can alleviate so much of the immediate stress. When our outlook changes, the way we see life changes, and the way I approach tapping can be so different as well!

And I can’t agree more with @Glenn about the essence of words and how it impacts us. I reflected on your word “magical misconception”, and realised, wow…! It’s coined so well! Misconception I might’ve seen with a negative connotation (but it’s not as bad as say “limiting beliefs”, “flawed thinking” etc). But worth the word “magical”, wow! You made the concept so much more neutral, or even positive! That I feels so much more inviting, and pleasant to be aware and to uncover! As opposed to “I gotta look at my traumas, my triggers, my garbage etc. (not that they’re bad though!)

Just wow… just 2 words, and I feels so much more different… totally can feel into the “words affect physiology” more and more thing!..

Just wow… just 2 words, and I feels so much more different… totally can feel into the “words affect physiology” more and more thing!..

I had the same experience with this term/concept too Jun Rong.

Language is so deeply wired into us I think you could accurately say it’s a part of our specie’s biology. Language flows through our nervous system and to all our cells and organs it would seem. And Rick has a powerful skill with language and with creating these terms and concepts.

The metaphors we each consistently use as part of our daily ‘language diet’ are so potent and can aim us toward thriving or struggling. Language acts like a lens that we view the world through and a simple shift can make an enormous difference in how and what we perceive. One of the first sources that I began to explore metaphor through was a man named Charles Faulkner who wrote a book titled ‘Worlds Within A Word’ and I always loved that title probably because it reflects my experience with language. I think of these terms, like ‘Magical Misconceptions’, as word portals…they can be like an invitation to step through a door that opens into a new vista or at least enough of a different angle on a familiar vista that we start to have new feelings and thoughts about things…we recalibrate, re-consider, re-orient. Powerful medicine! 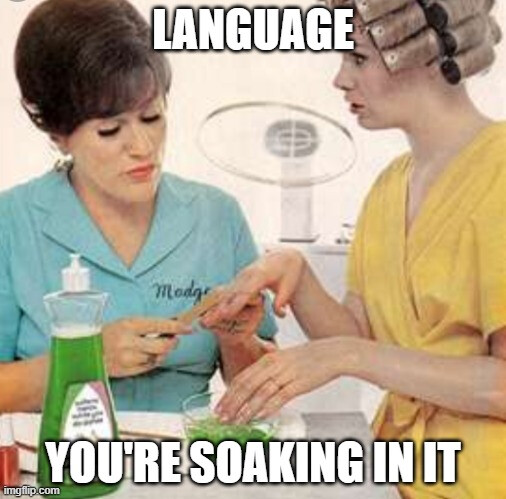 @Glenn totally! Rick is so good with his words!

Didn’t thought of it so powerfully…! I guess though sticks and stones may break my bones, but words…they might just change my worldview…!

I guess though sticks and stones may break my bones, but words…they might just change my worldview…!