I’ve been playing with a tapping practice for a few months now. Where this notion came from I don’t exactly know. The idea just sort of came to me as I recall. Maybe this is an already established way of tapping, I’m not sure but I thought I’d present it here because I feel like it’s been useful for me. Somedays it fits very nicely into the idea of a ‘Simple Uplift’.

So, here’s the basic idea. I found several lists of words from a search in Google images. I found them using the search ‘positive words’ or ‘positive emotions’…or something like that. Below is one example of a list. Some are much longer than this one.

I have two ways that I use the words while tapping. 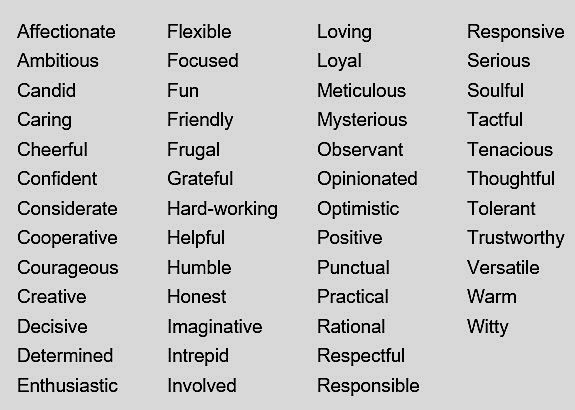 I sort of think of these words as building blocks…I’m entering little building blocks of emotional data into my system. And unlike saying positive affirmations I find there’s nothing to really protest against or get the feeling that it isn’t true about me. These aren’t beliefs or expectations I’m demanding or even suggesting to myself…they’re just words. They go in and land very softly but solidly and sometimes humorously…but they do go in.

I like this idea Glenn. When I started looking at some words I could feel some primitive brain emotions arise that I could tap on. Interesting …

(I am “gratefully optimistic” (nice word list) seeing @Angelsloveyou reply after two months that this kind of community resource allows for important offerings to “rise again” in ways I never experience on Facebook. I had completely forgotten about this word list @Glenn found for us. Jean replying brought it back up!

I’ve been doing more and more with spaced repetition – Readwise does it for book and article highlights for me, and Duolingo does it for Spanish. Having it also “work” here is exciting to me.

A post was split to a new topic: Readwise - Get the most out of what you read