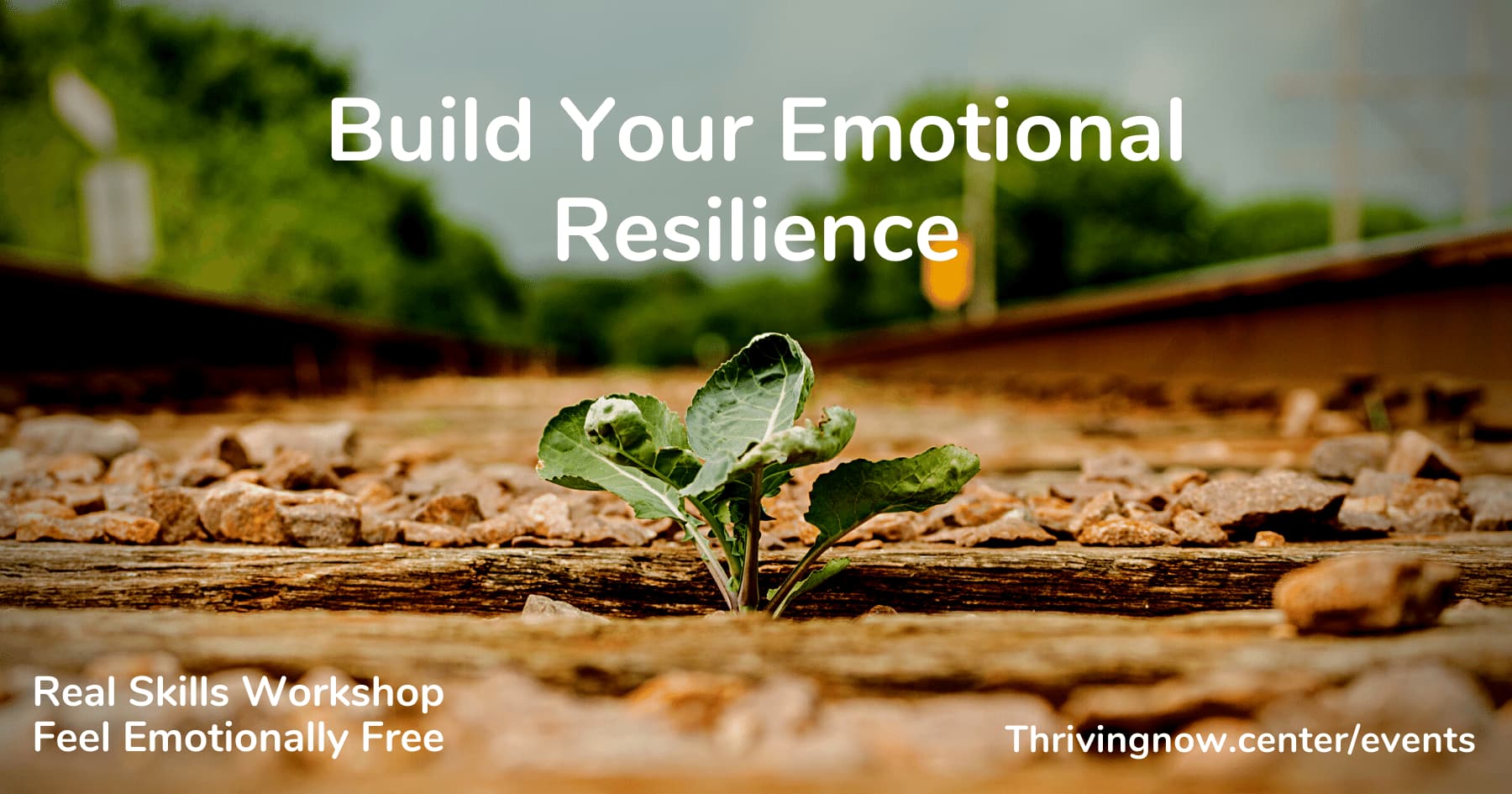 is this a free event?

All the Real Skills Workshops are on a gliding scale, $0 to $ ??. So if you want it to be free for you, it can be. Just register when the time comes. We’re grateful to be able to reach people with this work across a diverse spectrum.

Can you be with “what is” without losing yourself to worry, fear, or worse?

My answer to that back in 2001 was NO. Even with all the meditating and journaling I did, the dot-com bust had forced the company where I was the technology lead to layoff over half of my colleagues.

It was then that I became even more devoted to getting emotionally stronger… with resilience to match “the times.”

We made it through. EFT Tapping was a huge help for me. By learning to calm my nervous systems, my thoughts naturally became more… resourceful.

Worry may be normal, but it doesn’t actually make the world a better place.

These days, as I listen and tap along with clients and circle members, it’s clear to me that we need emotional resilience now. As much as we’d like to just “be over and done” with the distresses of the Covid period, shakeouts continue.

Resilient does not mean “immune.” Cathy and I are impacted by what’s happening in the world, too. Resilience does mean we have real skill at calming fears inside us, helping each other co-regulate, and tapping into our core competences.

We’ll have a workshop on this next Monday, November 28th at 830pm EST. We hope that if a boost in emotional resilience would be helpful for you that you’ll join us live (or sign up for the recording).

This gliding-scale based EFT Tapping and Coaching session is 90 minutes long. If you get value from what we do, and your resources allow, we ask you to be generous with your contribution. Thank you!

P.S. Adira says, “I feel so resilient when I dress dapper to match my chair. Life’s interesting, isn’t it…?” 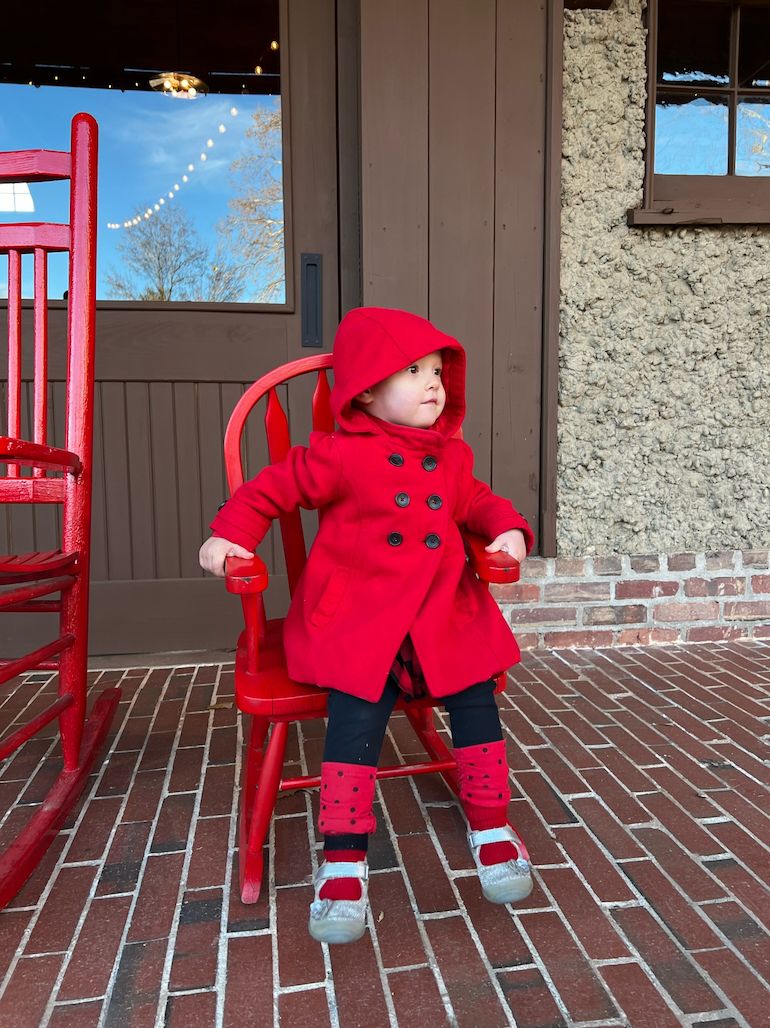 The subject line was pretty typical for Black Friday:

Up to 65% off EVERYTHING in our online store!

Mostly, I don’t feel good in my heart charging someone who needed a course or membership from Thriving Now last week… or next week… twice as much as someone who is enticed to get a bargain this weekend.

But but but butt! All the marketing experts have been talking about how to position yourself to maximize money for Black Friday and Cyber Monday, and the days before, and the holiday season after!

It’s not that I’m The Grinch muttering, “Noise! Noise! All the noise!”

It’s that I’m emotionally clear on what works for my energy. That’s a blessing, indeed. Clarity and Inspired Action are core to thriving in my book.

This early Saturday morning I can laugh. Yesterday, though, I went back to that email with the special offer and tapped tapped tapped.

Why? Why did I need to tap?

Because I do position my coaching community differently. On a day when there’s so much competition for people’s attention (and dollars), to “not get pulled in” to doing something that isn’t right for me is hard.

Emotional energy has currents. When people are fearful of missing out, and other people are playing to those fears, to stand firm requires resisting a powerful current of energy flow. To be calm and confident amidst noise and alerts and “limited time offer, best all year!” is an opportunity to build our resilience.

So that’s what I did. Today I feel stronger. Consider it emotional exercise and resistance training.

Of course, it isn’t just business that has gravitational pulls. Ever been to a bar where everyone is drinking and having a good time when you do not drink?

Ever seen people loving on each other when you’re alone, and someone offers a hookup that isn’t right for you, but…

Or pass your favorite dessert while shopping, knowing your body doesn’t actually want those calories – it actually craves emotional sweetness with another soul and the dessert is just the artificial version that you can buy?

Emotional resilience is not about deprivation. I am not “deprived” of money. I choose instead to explore different realms like gliding scale, all year long. I use resilience practices like EFT Tapping and expressing what MATTERS to me to build the strength and courage to stay truer (imperfectly) to my intentions.

Have you thought much about your own emotional resilience and what could strengthen it?

If this is meaningful to you, Cathy and I invite you to join us for this Real Skills Workshop. It’s 90 minutes of exploring resilience and the ways opinion and comparison (“what other people do that gets them what I want”) can pull us off balance… and how to get back to calm confidence.

If you get value from what we do, and your resources allow, we ask you to be generous with your contribution. #Value4Value. If attending free is your YES, please join us as our honored guest. See you soon!

P.S. Adira says, “One can find joy even amidst the rotting stumps of life! Let’s Be Strong Together!” 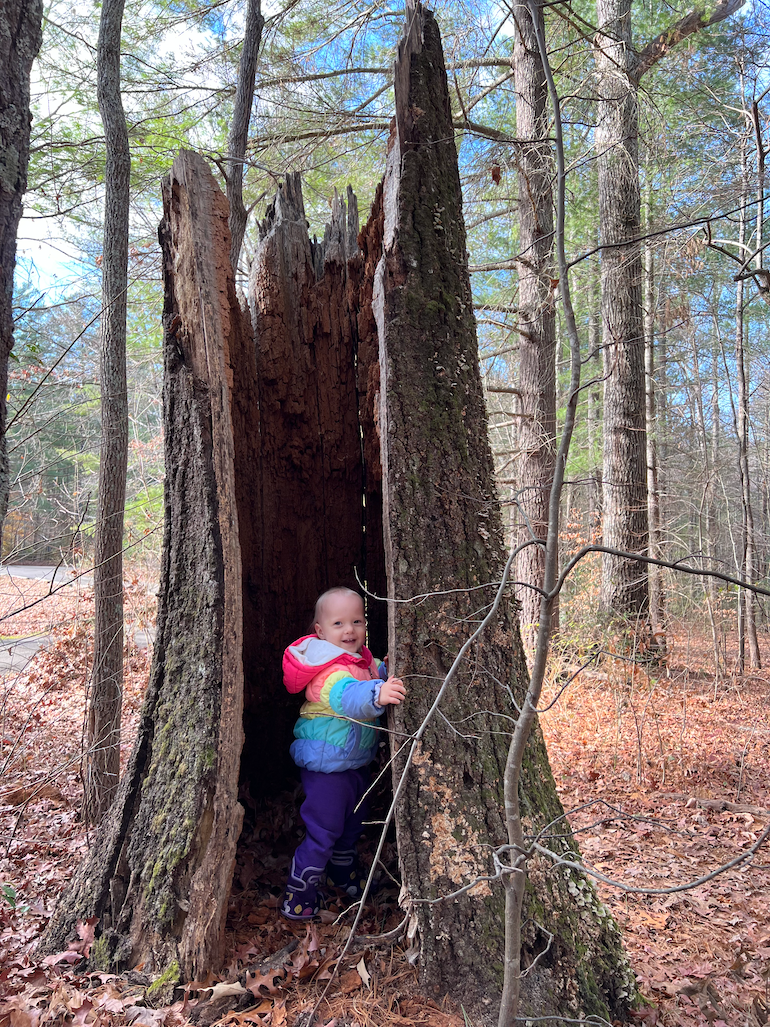 Would it be USEFUL for you to manage your fear triggers and worry thoughts?

Wow, I sure needed to when EFT Tapping came my way.

Tapping gave me a hint of relief with even a few minutes of my time. So I tapped and focused in on what made me anxious – especially those things that I felt anxious about that didn’t deserve that much time and energy!

Within 6 months I was so much more emotionally resilient. Since then, tapping is a part of my life. I know that in order to be strong and resilient ENOUGH to live the life I want to lead, I must consciously attend to the needs of my emotional body.

Without my emotional practices, I would not have done 711+ morning miles – each of which has supported my physical vitality.

Without emotional resilience, I could not be self-employed with all the freedoms (and challenges) that brings. I could not balance the inflows and outflows with any confidence without daily emotional tending. Period. I couldn’t.

I’d be a wreck as a Dad without the tapping I do. It’s hard enough even with emotional tools and support!

Yeah, I needed to get over that.

Being a thriving human is high maintenance. Doesn’t mean the maintenance can’t be joy-full!

Tapping sometimes leads to crying for me. More often it leads to laughing…

Cathy and I would love to share with you how we approach emotional resilience in challenging and easeful moments. Both can and do happen each day, right?

If this feels like it would be USEFUL for you… join us tonight, Monday, November 28th at 830pm EST. Or, sign up for the recording.

This gliding-scale based EFT Tapping and Coaching session is 90 minutes long. If you get value from what we do, and your resources allow, we ask you to contribute financially. It helps us continue to provide these workshops for everyone. Thank you!

P.S. Adira says, “When you’re headed down, it’s good to have something to hold to. Steadying!” 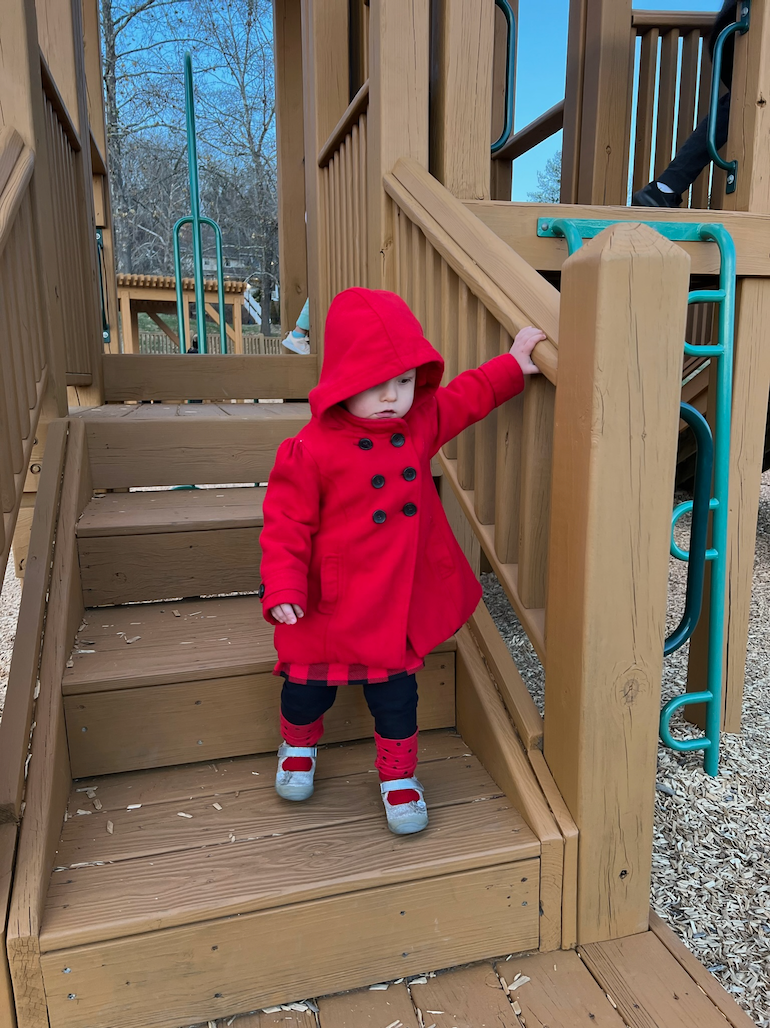