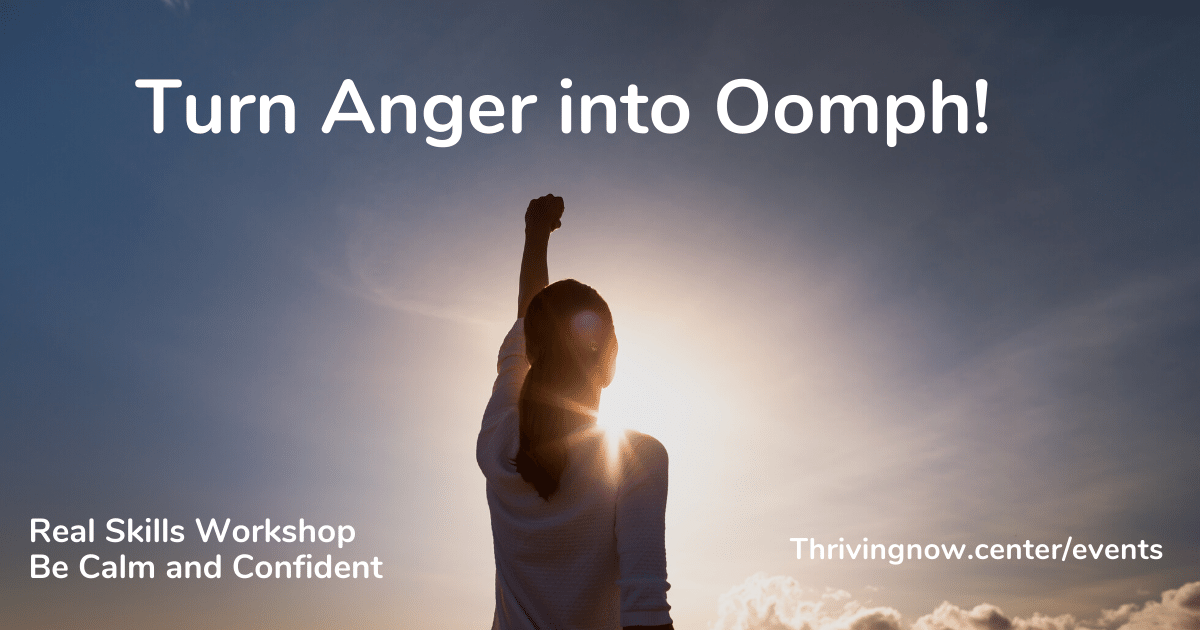 Get your Circle Membership Pass Here 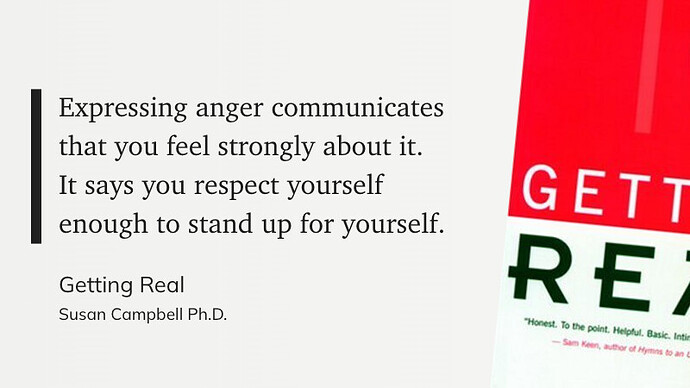 Anger is a pure form of ouch, too. It lets us know THIS MATTERS TO ME!

There’s Energy in Our Anger

We generate heat inside us. A healthy human generates sufficient inner fire to keep their body quite warm, right? Drop just 4 degrees F (2 deg C) and it is considered life threatening. We need inner fire to live.

But… raise the inner fire too much and it’s also life threatening. Yes, a few thousand people have survived inner temperatures of 111 deg F. It’s not recommended. Being overly inflamed is deadly.

So what do we do with anger? Anger has fire in it. A synonym for being angry is… inflamed.

Many people have chronic inflammation in their tissues that coincides with chronic anger. Arthritis has been tired to anger. TMJ.

Actually, I propose that a vast array of chronic mystery diseases have their roots in anger that doesn’t have a healthy way of flowing, warming, and expressing.

I don’t know about you, but when i think of an “angry person” I think of my Dad drinking, or too many people taking their anger out on some innocent person, or even me punching the wall when I was a teenager and was seething with the anger from abuse I could not (yet) speak about and had no idea what to do with.

It’s just that unless we develop skill with such fire, we end up burning out our body-mind and our relationships.

Lack of skill in moving energy can lead to people shutting down, too. Did you know shame is a “useful” heavy wet blanket to smother the life force of anger? Of course, wet blankets take aware our fire for living, too, leading to cold wet depression. Ugh.

Mercifully, there are other ways to move and harness this energy… to use the life force in our anger for the oomph to craft a thriving life!

We’re going to explore and practice together in this workshop. Want to join us?

An example… there were times in my life where I really could not afford (or get myself to part with) the money for support I needed. With the anger that rises in me from such times in my life and the lives other others I hold dear, I devoted myself to coming up with ways to provide support that isn’t always tied to what someone can “afford.”

This manifests as our gliding scale offerings… those who need a supportive gift get to attend as the guest of those who are in a position to share a bit (or more than a bit). Pretty “useful” redirection of anger energy, eh?

Oh! We also have a fresh new One-Time Circle Membership on a gliding scale that includes all Real Skills Workshops (and much more)!

Our anger can support our heartistry – the expression of what truly matters to us. Let’s do it!

P.S. Adira says, “I wonder… Are sticks like anger, where you can whack someone with them, poke with them, do magic with them, or even BUILD with them?!?” 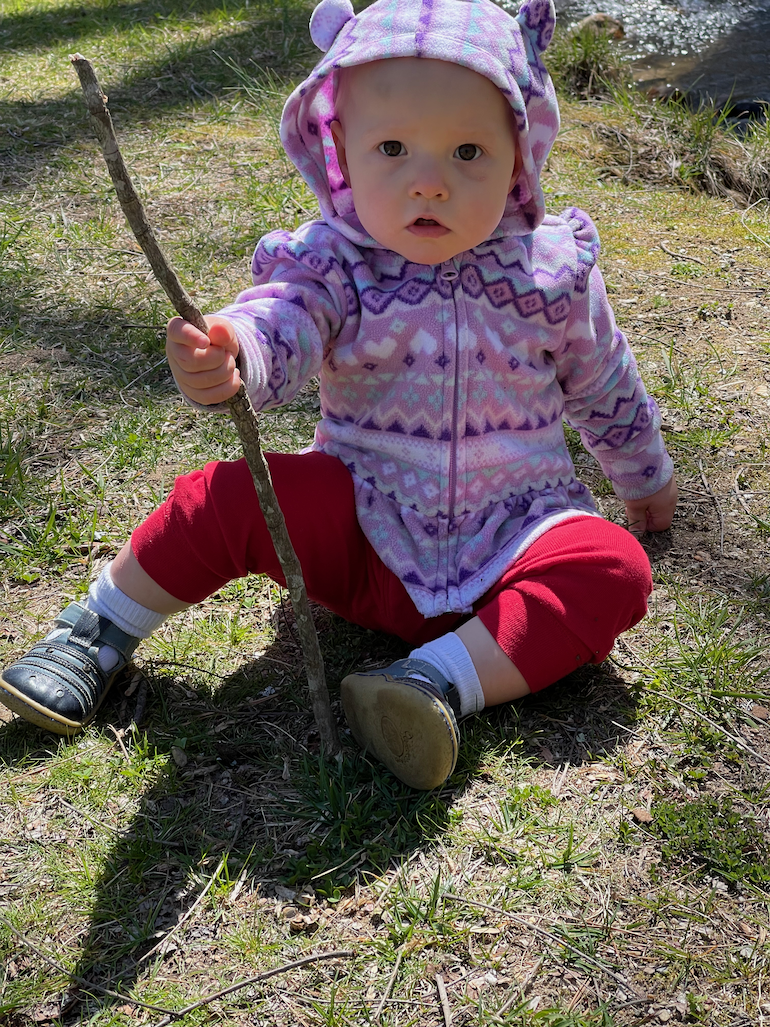 It’s strange to realize that so much of what I’ve come to love in my life… has been clarified by anger.

Matters to me enough that I’ll do something about it. Change my life. Change my business. Offer something boldly different.

I bought a piece of expensive software. It sucked. None of its promises were kept. I spent two hours on the phone with their support (back when it cost a LOT to make a long distance call), to no avail. No refund. Just… garbage. Lost $1500 in equivalent dollars today.

I did NOT realize it at the time (since I was not yet emotionally skilled) but: This outraging experience activated power within me. As a software developer myself, this experience changed my business back then. We started offering:

NONE of this was standard in the industry at the time. It cost a lot of money. And… the energy of being that clear about what matters to the heart of my business set us up to thrive “anyway.”

Notice this is different from something making us angry and asking, “What can I do to help?” Nothing wrong with that impulse, of course. The answer can result in direct action that alleviates suffering.

This is more: “What matters to me here? How can I adapt and co-create to make more of what matters?!?” This impulse takes our anger energy and flows it towards growing the world that serves all of us better. It can evoke stark clarity and provide the oomph we need to take action.

To use our anger this way is a Real Skill. In a world where too many use their anger to bang their heads on rocks (or doom scroll social media), this approach BUILDS for our Thriving Tomorrows. YES!

If this has you curious and a bit excited, join us for the replay.

Our anger can indeed support our heartistry – the expression of what truly matters to us. Let’s do it!

P.S. Adira says, “Does your anger feel big and orange and the dream out of reach?!? I know how you feel… and still we can smile! Who know what is possible!” 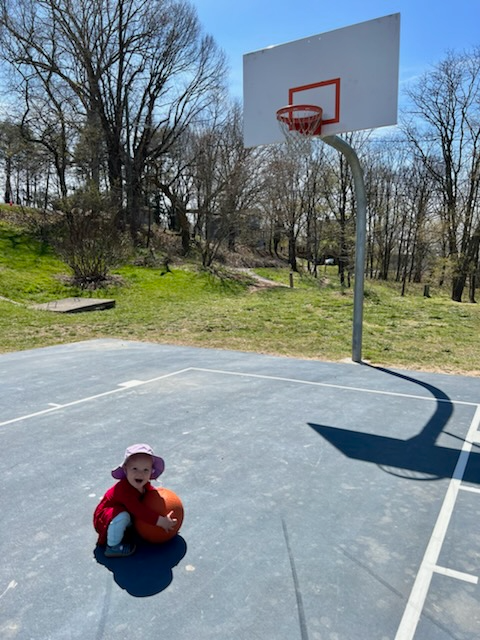 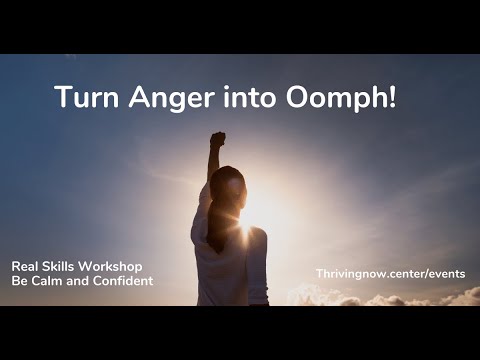 Get your Circle Membership Pass Here

Thank you so much for this workshop. Just rewatched and got even more out of it. Wanting to do open chair work like @Cathy suggested. It was a good reminder for me to think about having anger as a pure and welcome emotion separate from a story or a righteous blame…something i get to tend to by venting to a skilled friend or some other release eithout it coming out sideways and startting the shame, self blame spiral. Such a eirthwhile topic to bring more emotional freedom to our lives.

I have been venting at a spot on my couch. Forgot to do tapping while I was doing it, but it seemed to help, anyway. Funny what a lot of heartfelt FUCK YOU’S will do.

Yes! I have done it before in my car where you can scream as loud as you want. Might be time for another drive. Last time i was hoarse from it though. Also if it slips into crying, that can be dangerous.

This is deeply insightful. I notice and understand that it always circles back to the question of “What matters to me MOST?” Seems like such a simple question, but very very tricky to unravel and accept. But everytime when you talk about the concept with a new topic, I’m always enlivened to hear new insights that you and Cathy provided! I have been engaging with meditation a lot more these days and I can definitely affirm to the need to constantly ask ourselves when Cathy said “What am I feeling into right now?” and giving it the PAUSE, space and quite literally… the breath it deserves to have a long time ago. Thank you for all the insights!!

I have used my vehicle for screaming as well…make sure the windows are rolled up…check that you don’t have passengers…and let 'er rip!!

“What matters to me MOST?”

Re-reading what you wrote, feeling into it for myself, the question is more decisive for me if I ask, “What is mattering to me most right NOW?”

…and not a prioritized list, trying to find the most-est. For example, I saw someone ridiculed online today. Made me angry-sick for a moment. Asking what matters to me most right in that moment, it was “kindness.”

I went and wrote a kind response to an email I’d received. I felt my stomach smile. An oomph of kindness.

I do believe there is an intelligence in the inquiry, about where/how the anger energy can flow. It could have just as well been what mattered to me most was “my freedom to get the fuck away from people who treat others that way and enjoy nature!” – and gone for a walk. That HAS been my “most” at other times.

Indeed. We become short sighted immediately when swarmed by emotions and events. And asking ourselves what matters RIGHT NOW can be what’s sufficient for healing and recovery. Taking things a step at a time. Or as this video shares, one day at a time…! Taking It One Day at a Time - YouTube

This is GOOD!! Just what I wanted to hear RIGHT NOW. Thank you.

SO GOOD! Thank you! Appreciate the tuning…
I even posted it on Facebook!

I’m new to this community. This is the first video I’ve started to watch! So timely for me, because I’ve felt irritation, frustration and even rage most of the day today. I have so much anger inside. I will definitely try some of these suggestions and tapping. Thank you

Welcome @Barbs ! Great to have you with us!

This workshop continues to help me. For example, I am recognizing how much anger masks and keeps me from feeling (or acknowledging) helplessn! Ooops. So where do I go when I am actually helpless to make the recent past or present… different… the way I want it, not the way it is?

The oomph here is about focusing my energy towards who I want to be… anyway… which for me is absurdly calm and confident . And curious. There’s a lot going on, so to speak, in every aspect of my world (and THE world) that can evoke a lot of anger if / when I don’t tend to where and how the energy is moving for me and in me.

How’s the energy move in you? Do you have a sense of where you’d like to direct your oomph?

Thanks so much for this @Rick! I absolutely love this idea of thinking more about how the energy wants to move in me. How does it want to express itself! That is such a powerful befriending way of living and being with this strong emotion. I am going to connect with these parts of me that are struggling, (I have lots of them) and listen. I get a sense the anger would like n’a expression, also more sense of autonomy and sharing of gifts with the world. Less hiding and shame. More about ally and inner champion. A strong voice. A wildness - to be true to who I am. Also, to allow myself to vocalise irritation and frustration, to stop waiting for it to pass, or numbing it.

Looking forward to watching the replay of letting go

I’m sure that will also help in this process.

I’m so grateful to be here, thank you

More about ally and inner champion. A strong voice. A wildness - to be true to who I am. Also, to allow myself to vocalise irritation and frustration, to stop waiting for it to pass, or numbing it.

So much wisdom in what you wrote here. Thank you!