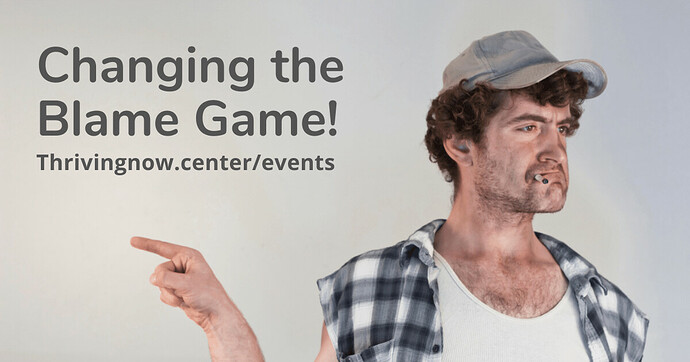 Who hasn’t been blamed? Who has done blaming? We all have, of course. The Blame Game is enmeshed in our culture from the families we were raised in, the schools we went to, the entertainment we watch, the places we work…

Is it possible to NOT play the Blame Game? Well, we used burn coal to heat our homes… and that was pretty toxic! We still burn relationships with blame… and that’s pretty toxic, too!

Cathy and I have both hope and experience in shifting out of blame into fresh dynamics. Yes, it takes some work. No, not everyone wants to stop blaming. It’s okay.

And if you’re someone who’d really love to shift this, you’re invited to join us in this exploration.

We also strongly invite you to read Blaming… (A Tender Topic) and The Drama Triangle before the session. 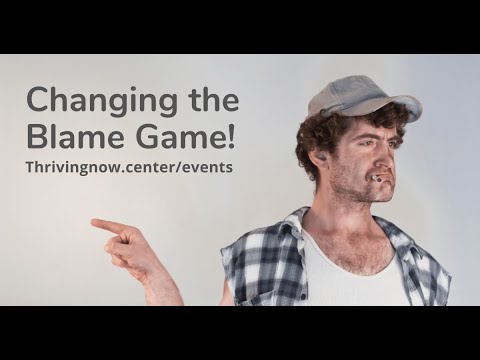 Can I share this to my Facebook page and if so, where is the link? Thank you.

Yes please! Share abundantly! Link is the URL in the address field when you click on the top title. I see it as:

There’s also a share link at the bottom with the little chain link:

I shared, it will be interesting to see how many actually SEE it on my page.

THANK YOU so much all who attended live. @Cathy and I are curious what Ah-Ha moments there were for you, what you took from the session that you’ll be exploring in your own life…

…and especially your experiences with Blame that you’d like to share and what new emotional postures you want to practice.