When did I become so cold?

“ I’m insane
Well, I can feel it in my bones
Coursing through my veins
When did I become so cold?
For goodness’ sakes
Where is my self control?
If home is where my heart is
Then my heart has lost all hope”

Lyrics are like poems with a rhythm, and this lyrics really reflect my state of being many times. Ronnie Radke used to be an addict and an ex-convict. And he tells his stories so effectively with just a few words in his songs.

Have I become so cold?
I used to be so enthusiastic when people share the same struggle, same music tastes, same lifestyle etc. The initial stage of finding someone that resonates fueled me with joy, and a rekindled sense of living every time… but only to be crushed immediately when their fire doesn’t burn as bright as me, when they think you’re being too overtly dramatic, or that they’ve got many other passions or interests elsewhere too. Realizing that (especially from my previous band), the loneliness seeps in quickly. I’m shocked and devastated. “What is wrong with you all?!” Don’t you like what you’re doing? Why don’t you put in more effort in it? (E.g. the previous band I have didn’t really had motivation to learn new songs or explore my kind of genre). I thought I was the only one crazy,… wanting more out of things and wondering whether or not I’m asking for too much…

But then I realised,… that’s how the world around us works. We come, we gather, and we move on… and sadly, that’s not I wanted. I wanted friendships that mattered, bonds that goes beyond the work (be it school, work or music) and people that valued time together,… even beyond the activity time itself.

I wanted connection that lasts for good… is that too much to ask?

And that leaves me feeling lonely, because the world is cruel and nobody really does care about you, your emotions nor your story. (But hey, neither do I want to care about people that don’t matter to me!) Everyone seems so practical, so skillful,…yet devoid of life’s biggest “meaning”… which is “life” in itself…!

If home is where my heart is, Then my heart has lost all hope

So just as an example to bring up, when @gibbysan, you mentioned that I was missed… I was a little taken aback! I thought people don’t really care…! And in the big scheme of things, we are bit specks of dusts floating in the Milky Way. But hey, you do care! And I do too…! But it seems like the world has, in one way or another, hardened our hearts for care, compassion, love and the goodness that we all so deserve to have… Been considering this myself, as well. I realize that closeness for me comes from shared projects. Seems it would be “easier” and “more natural” if we all came together every single day just to survive, to eek out a diet from wild places and wild animals who no more want us to eat them then we want to be eaten ourselves. I don’t consider that “cruel.” (Cruel I reserve for those (who do exist) who take pleasure in torturing and being mean.)

Something about being on the edge… creates cohesiveness OR ELSE.

I do not consider the world cruel. My own experience is there is a lot of contrast, that people in their primitive brains cannot really be trusted or relied upon – myself included – so gravitating towards those with some skill at self- and co-regulation changes “my world.”

I do have a hunger for beings who really have a broader and deeper connection that we can share. Yes, it’s rare. Worth cultivating, and I also believe that projects and initiatives done together can help us to… know each other, and know ourselves better through co-creating. Even if just for a reason and not for a season or a lifetime.

Lyrics are like poems with a rhythm, and this lyrics really reflect my state of being many times.

Wow I never thought of this - “Lyrics are like poems with a rhythm” yes they do reflect my state of beings too.

In my imagination it feels like it would be so wonderful to find a person who had the same fire in them that I feel about being curious, getting excited about seeing a beautiful sunrise, wanting to explore while taking a trip instead of hurry and get to the destination and so much more. Is that too much to ask? I have heard that yes, we cannot expect this in one person so we need different friends who can share these experiences with us. I have had a few of these types of friendships in my life and I cherish the memories. Yes I wish they’d lasted. I hope you find the connections you want so much.
I was excited to see you too and glad @gibbysan said it so well. Yes I do care and sometimes wish I didn’t have so much compassion because seeing others suffering is painful. This center and all of the posts are like having friends who understand and care with love and goodness.
That was a beautiful post @Jun_Rong, so real and vulnerable, thank you

Thanks Rick! An interesting reframe of my worldly concept of “cruelty”! And yes! That concept of contrast is so apparent here…! After reflecting again at your contrast article, it really had me thinking, pondering on what I don’t have, and what I do actually want to have! So again, I came up with a another list to reflect upon! (Feels like I’ve done this before when I met you, Rick, but it’s always worth gaining greater clarity in this!)

I used to be…, I want to/would like more of…

I used to be ignored, brushed aside of my accomplishments, unappreciated of my progress, talent and my ability to grow from my music, I would like more recognition, more positive attention, more appreciation of my progress, and the respect of where I’ve grown to be

I used to ignored for my struggle, I want more respectful recognition of how far I’ve fought my way to survive, and thrive on planet earth in a dysfunctional family environment

I was told that I shouldn’t be so selfish of wanting more respect, love and compassion, I want to be able to know that I’m not being selfish for wanting things that takes care of me.

I used to see sex as a perverted act and it will always result in trouble and chaos, I would like more safety in how sex should be viewed in my space, and honoring females as unique sexual beings, simply for who they are, rather than because of their body shape and size

And @Angelsloveyou, thank you so much for those words. And yes, now I can start to learn to not push away those feelings of longing for connection and belonging. Because I suppose that’s what makes us unique human beings with a heart and a soul!

I used to ignored for my struggle, I want more respectful recognition of how far I’ve fought my way to survive, and thrive on planet earth in a dysfunctional family environment

I honor and respect your courage in sharing this at this point in what I’ve been blessed to witness of your journey.

It’s rare someone is open and powerful enough to take what is shared with them, find what works, and ACTUALLY APPLY IT.

Rare. Beautiful. And thank you for giving me the chance to co-create with you!

When I read what you’ve written I see someone who is becoming more discerning when it comes to who you share yourself with and what it is you share. I see you using discernment more and more.

It takes time and energy and effort to figure out over time who is safe to share with and who isn’t. It’s easy in the beginning to mistake people as “safe” who aren’t and won’t respond well to hearing our deepest thoughts, feelings, needs and desires.

I can pretty much guarantee that no one in this group who knows you would think of you as cold, even for a second. There are times we have to shut down in order to protect ourselves. I do it all the time, but certainly not with everyone.

I’ve always been in awe of how you came to this deep emotional work decades before the vast majority of people do, and how you never stop asking questions and figuring out what works for you. 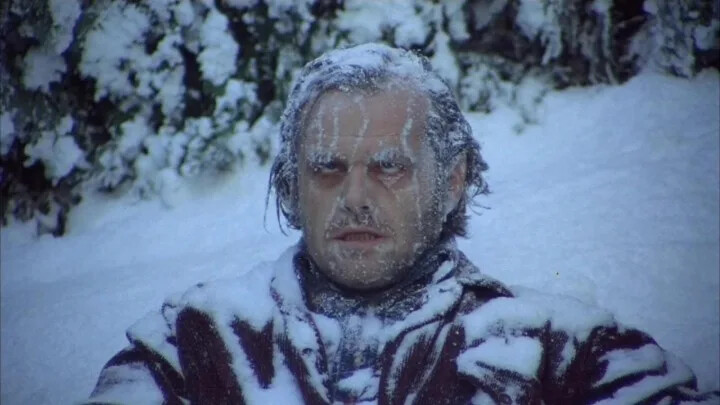 Thank you @Rick! I feel that I am able to reach such openness and courage with all the help and resources that this community, so Kudos to you and your team!!

It’s easy in the beginning to mistake people as “safe” who aren’t and won’t respond well to hearing our deepest thoughts, feelings, needs and desires.

Wow, that’s such clarity! I feel like this reflects many of my situation! Really confused as to who is really considered “safe”, or those that just “appear safe”! And aww… thanks for the kind words

Always goes a long way for fueling my appreciation for myself!