Powerful Contrast of "No" (Better Boundaries)

Read an interesting article so I thought I’d share it here for viewing pleasure! 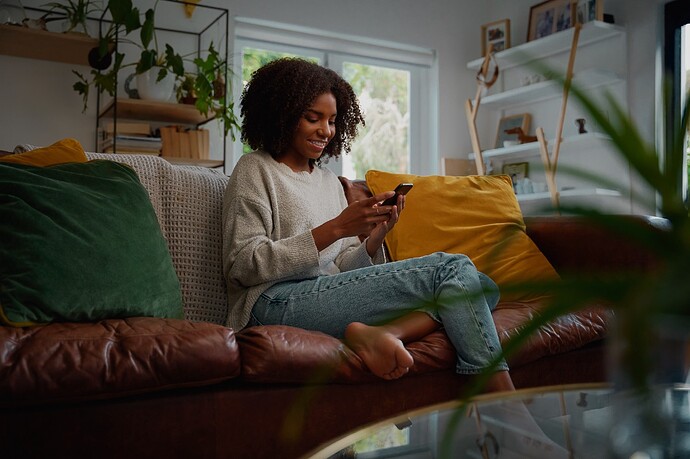 Saying no is a revolutionary way to save your own life.

When I say no, I don’t mean maybe.

When I say no, I don’t mean maybe.

Ask me in an hour.

I’ll do it later.

When I say no, I mean hell no.

My refusal to be used, drained, and manipulated is a loud, resounding war cry. I earned the right to opt-out, swipe left, and say ‘nah’ when opportunities don’t align with my core beliefs and gut instincts.

I know who I am. I know what matters to me. I can’t be enticed by carrots or coins because my joy is no longer linked to my bank account. My sanity is more important than the temporary, flimsy praise that comes with being willing to substitute rewards and recognition for rest and healing.

Saying no isn’t, in of itself, revolutionary. People say no to each other every day. But it’s usually coupled with excuses, deflection, denial, and white lies.

The revolution begins when no is a complete sentence.

When I don’t want to do something, I’m not going to do it.

Being agreeable is overrated. Being liked is conditional, contingent on being exactly who someone else expects me to be at all times.

I remember being complimented in a corporate board meeting for being “emotionally consistent”. At the time, I was elated. I really thought those words belonged together in that phrase. But they don’t.

Emotions are inflections, lifted and dipped like the crashes and salutations of waves approaching the coast. The moon isn’t in the same mood every day. She hides and renews herself at will. She shows her entire face when she’s good and ready. No one asks her to smile more or be consistent.

“Emotionally consistent” means robotic. What the CEO of that organization really said to me in that meeting was, “thank you for being a reliable bot, with no varying emotions, ticks, or deficiencies that might obstruct productivity.”

When I walked away from corporate culture, I read at least two million books and blogs about mental health and realized one thing.

If I didn’t learn how to make myself a priority immediately, healing would always be at the bottom of my to-do list. What happened next was anticlimactic.

Resting wasn’t initially rejuvenating because I didn’t feel like I’d earned the right to recover. I thought people recovered from their careers in an appropriate, unproblematic way once they retired. The guilt I experienced was unrelenting. I felt childish, selfish even, for not being able to be who everybody wanted me to be- an emotionless marketing maven with a lot of bulky plaques and “salesperson of the year” certificates.

Why is self-preservation always confused with selfishness? There is a clear distinction. The latter is the act of thinking about oneself in all situations.

Self-preservation, however, is the process of recovering from exclusively thinking about everybody else. I say no to save my life. I had to manufacture the audacity and will to save an ounce of energy and oxygen for myself.

A few things I say no to, now that I’m healthier -

Hmmmm…lots for me to think about there. There is much in this piece that I can immediately agree with without reservation and other statements she makes I feel either a soft or sharp contrast with…a hesitation to agree.

Writing out deep thoughts of course is problematic on at least two counts: firstly thoughts and emotions are a complex system of sensory information and energy which is more primal and deeper than language is capable of fully interfacing with. Words are inadequate. And secondly if you are intending to have an audience of readers (in other words you’re not writing in a private diary) that’s problematic because this is not a conversation but a proclamation so there’s no opportunity to ask her to expand on some of her key statements. If that was possible I just might find myself more readily agreeable with certain statements… so I’ll reserve commenting on those things that don’t sit easily with me.

I will say that she certainly seems to have arrived at a place of clarity and that’s probably a good thing…although it does feel to me to have a sort of hard, militant edge to how it’s expressed…

Ahah yes… @Glenn. Hmm, I suppose you do have a more critical perspective of it! I think my intent was just for sharing what’s good about the post…! But yes, you’ve picked out things that were more sensitive that I couldn’t detect! I do understand where you’re coming at though, in saying that this is indeed more of a personal reflection of her life. So I suppose take what edifies, and ditch those that don’t sit well with you!

Hmm… I don’t know how to best put this, but I’m going to try (as emotionally safe as possible!). I try to share and contribute, but sometimes I kind of just share things based on my first viable instinct, or things that resonate well with me, and things that I do value…! Yet, different people interpret things differently and we can take offense to things that trigger us subjectively (like here for you in this case perhaps). I am in no place to change or alter what you/others see it, but what my heart says is to continue to do what I do value, which is by sharing/ co-creating at this valuable space! In general, I just find it tiring to feel like the need to “say the right thing”, or “share the right thing”, in order not to incite judgement or criticisms (welp, already had a lot of that in childhood so why do I want more when I don’t desire it? ><) But I do try, I understand the value in words, its representation, the semiotics in them, and especially coming from someone like you with NLP background, you’d understand for sure! Nevertheless, I do hope that I can foster this space to be somewhere where I’m more allowed to say not the ‘right’ words, not share the ‘right’ post, nor offer the ‘right’ advice to things (especially when the world outside is harsher at it) (Maybe it’s a self-responsibility that I need to speak out about my need for authenticity but yeah again, this is where I am at things). I wish to be a more free spirit to say and do things that I value whilst maintaining a safe, respectful and open space here for sure! Not to change nor alter, but to suggest and foster…!

I know that you (and perhaps some others too) give interesting valuable insights but I won’t deny that whenever I am met with feedback that tends toward the critical side of it, I do feel triggered, drained and a little closed off from sharing. But yeah, I know that logically we’re all sharing and having an open discussion! But still, it still does shake me up a little…! But nonetheless, you’d always have so many interesting points about things!

I found this article so interesting @Jun_Rong ! I kind of feel like I’ve slept through times like this too. I was one who said yes and then got some pretty brutal stomach aches and ended up not doing or going after all. I didn’t know how to say no because I thought I should say yes. Gosh if I’d known how to say no and why it was ok for me to do it my life would have been so much easier.

This article has so many good things to think about that I will read it too and learn more from it. Thank you so much for posting it.

I really appreciate your response Jun Rong. I think your ability to be so open and authentic is very courageous and beautiful. I learn from you. And I trust that you know it was not my intent to upset you or even challenge you. My response was solely my feelings about the article that was posted.

One of the most powerful activities in the Cuddle Party Workshop. So useful. So interesting to say NO to someone in a game and notice how much I wanted to explain or be agreeable or kind or even make up a reason so no one felt bad (and I wouldn’t be challenged).

Appreciate you sharing it, @Jun_Rong

I’m happy that the article did resonate with you at some levels… surely it spoke to me and therefore I feel that it would be nice to share it with others…! I guess I’m really still trying to work through the honoring of my sharings and be happy that I can, in fact, do what I can to impact others in unique and special ways.

@Glenn Thank you for that understanding too…! It really does take bountiful effort for the inner voices to show and I can learn to honour my truths and my authentic feelings thanks to all the work from EFT and this great community …! :)) I feel like I am slowly able to build real muscles to set healing boundaries for myself. So thanks for honouring that for me​

I guess I’m really still trying to work through the honoring of my sharings and be happy that I can, in fact, do what I can to impact others in unique and special ways.

I am glad you are sharing your sharings with us. I did get a lot from your article. I also have to work through honoring what I share too. I think, “what if no one likes it” of “what if it looks stupid”. I’ve even not shared some things because of those thoughts. So thank you again.

@Angelsloveyou It does help to know that my struggles are not unique haha… And I’d love to continue sharing what matters to me without shame or self-judgement (in time to come!) …!

And I’d love to continue sharing what matters to me without shame or self-judgement (in time to come!)

Good!! Yay!! I do hope you keep sharing too!! Yes it does help to know that many of us feel vulnerable about sharing. You’re doing good my friend