This is the first guitar that I made in collaboration with Francis Dick, the first nations artist who painted it. Francis has exhibited her art in many countries around the world and there is a Ph.D. thesis book published about her artwork. This was an idea of mine I approached Francis with after I purchased some old growth red cedar planks. I was sitting in the tub one evening having a soak thinking about what to do with the cedar and it struck me. I phoned Francis right away. I may have even called her from the tub as I often take a phone in there with me.

She was really into the idea of a collaboration and thus it began.

It was publicly unveiled and showcased in a live streaming performance from Hermann’s Jazz Club in Victoria, B.C, Canada on Feb.11/2021. These are local musicians that Francis and I know. Francis approached them and they agreed to play and talk about the guitar a bit. The YouTube video will start at the point when the guitar is being introduced and then played. I’m pretty pleased with how it turned out and how it sounds. On to starting #2 shortly I hope. Francis will be in charge of getting them sold because of her art world connections. 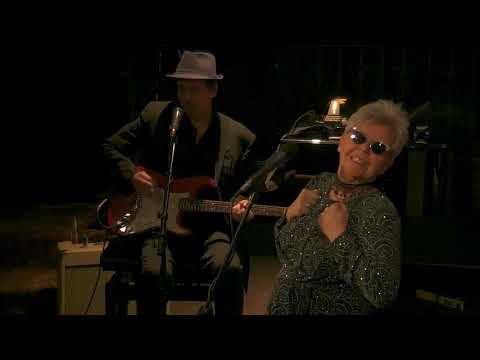 OMG, Glenn!!! That guitar is simply GORGEOUS!! And, sounds good too!! Thank you for sharing!!

Woohooo!!! Exciting! Gorgeous! Are you doing all ten?

Thanks Rick. I’ve got enough of the same wood to do 12…that was the original plan but I’m taking it one guitar at a time. There are some challenges involved on a number of fronts so I’m not holding myself to a strict commitment and neither is Francis. There are two more that Francis has painted that I’ll need to finish. Working with red cedar has some inherent difficulties so if we go beyond the next couple I’ll probably make them out of locally sourced alder.

Glenn your guitar is BEAUTIFUL! I so loved the music too. What fun!!!

Thank you Jean…I’m glad you enjoyed it.