Listening and Being With Instead of Fixing 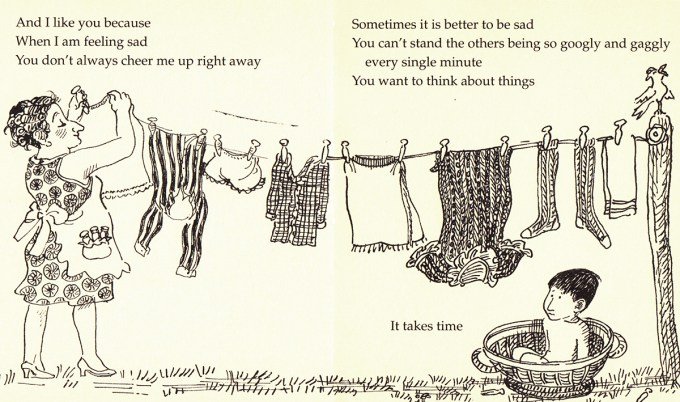 I saw this article and thought about how people think trying to take away pain and grief by cheering them up helps. It doesn’t. Here in our circle we listen, we tap and @Rick asks, “what are you feeling? Where are you feeling it” and more. He allows us to be sad. Tears and laughter are always welcome. That video is exactly what I needed this morning after receiving a phone call from my son in which he said, “I just need you to listen to me.” (His life had taken yet another almost catastrophic turn) And, so I simply listened to his pain. Thank you, Jean 🪷

This is such a fundamentally useful thing to learn I feel. It can grate when someone instantly and glibly wants to ‘cheer me up’ and fix things in a manner that is inappropriate to my needs.

There are so many versions of this fixing response in people. My brother who passed away recently had a lifelong friend who is such a wonderful man, Neil. I’ve known Neil for many years and now that my brother has passed Neil and I have become closer…a situation that I truly cherish. Whenever I have stated an emotion that involves sadness or grief or being angry or frustrated that my brother is gone it is always met with an attempted ‘fix’…the ‘why I shouldn’t feel that way’ talk. I just nod my head and I don’t really spend much energy attempting to explain that any single ‘negative emotion’ (as he obviously feels it) is only one of an array of emotions I feel about my brother’s death…both ‘positive’ and ‘negative’. I know Neil’s heart is good as are his intentions but when people do that it’s kinda of like they’re saying “what you’re feeling is wrong and here’s what you should be feeling instead”…it can strike me that way. But I just let him have his ‘fix’ and I smile to myself knowing that what he’s really telling me is that this is how he himself is dealing with my brother’s death…this is his way of navigating his own emotions regarding the loss of his dear friend…he’s really just trying to ‘fix’ himself I reckon. Aren’t we all?