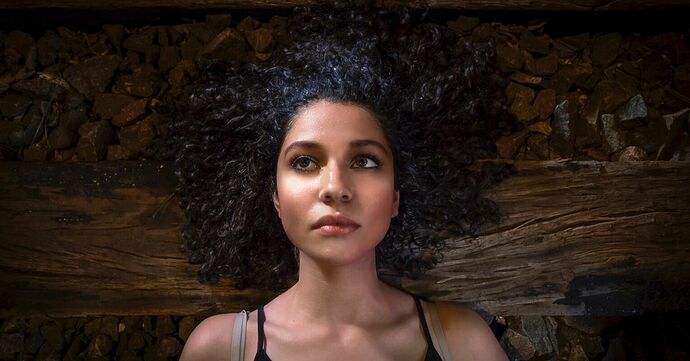 We’ve Got Depression All Wrong. It’s Trying to Save Us.

I’m curious @Glenn what you took from the article. I’ve often felt this was true:

The common wisdom is that depression starts in the mind with distorted thinking. That leads to “psychosomatic” symptoms like headaches, stomachaches, or fatigue.

Now, models like the Polyvagal Theory suggest that we’ve got it backward. It’s the body that detects danger and initiates a defense strategy meant to help us survive. That biological strategy is called immobilization, and it manifests in the mind and the body with a set of symptoms we call depression.

When we think of depression as irrational and unnecessary suffering, we stigmatize people and rob them of hope. But when we begin to understand that depression, at least initially, happens for a good reason we lift the shame. People with depression are courageous survivors, not damaged invalids.

I believe that when we’re emotionally free, we start with empowered questions like, “What might be really intelligent about this reaction I’m having?”

Immobilization is smart when the risk (perceived or measurable) is “too high.” I also believe immobilization and freeze is “expensive” energetically, one of the reasons we can concurrently feel both depressed AND angry that we’re immobilized…

I completely agree with what you’ve quoted and written Rick.

I suppose the first thing I was struck with was the familiar sense that ‘mainstream’ psychology (or anything ‘mainstream’) so often lags behind in conceptual understanding. I think the understanding that allows a realization like what is outlined in the article is something that has been understood and acknowledged for a very long time now in so called ‘alternative’ therapies. For example since the mid 1970’s NLP has taught that every behaviour has a positive intention and I imagine that understanding dates much farther back in time.

In order for us to see depression as a dysfunction or a misfunction of the human being you sort of have to believe in the notion that we are capable of self-sabotage, that within difficult and stressful emotional experiences there is the seed of self-destruction. This to me seems to lack any deeper wisdom…or in fact even shallow wisdom. We are designed for survival and ultimately ‘thrival’. That seems like a very basic observation and understanding to me so it surprises me when the mainstream ‘discovers’ something they declare as novel that many of us thought was a very fundamental concept.

I’ve been re-reading (several times now) and pondering what you wrote concerning our ‘Energetic Blueprint’ and what is being described in the article, to my mind, fits in with some of my considerations about the EB. Does it make sense that our ‘blueprint’ would contain any energetic information/potential other than what benefits us? Even suicide is driven by the intention of survival so I would think depression would as well.

Now, that being said, I also felt a sense of ‘small uplift’ that a smidgen of wisdom was embraced or at least considered by mainstream psychology. I feel slightly hopeful from that.

I guess what I’ve written is a little but ‘ranty’ but it is mostly what was on my mind when I read the article.

Didn’t come across as ranty to me, @Glenn. I think any of us who have been pathologized and labeled and been through a system that doesn’t start from a positive assumption bears impacts from that.

The Energetic Blueprint is certainly designed for our survival and thrival. I do believe we also in a process of discovery and upgrade (evolution?), and that TOO is built into our blueprint… the potential for change, adaptability, and resilience.

My sense is that if I’d viewed depression as a “smart mode immobilization” and even asked the question about what threat is being perceived by my body, the answers would have been OBVIOUS. My future was destined to kill me without pretty significant change in frame or references and structures. Being “the boss” was deadly to my core ways I wanted and craved to relate to people. Depression (not clinically diagnosed but pretty clear from immobilization energy) protected me from flailing around and trying to fight to “fix” something that didn’t need to be fixed… it needed to be let go of and my engagement with life changed.

I’m grateful in retrospect for this. My younger self appreciates hearing that it wasn’t just a character defect.

My younger self appreciates hearing that it wasn’t just a character defect.

When I first came across the description of Developmental PTSD several years ago and soon after sought out my first therapist locally who dealt specifically with this nascent understanding of trauma and it’s associated symptoms I almost cried…in fact I probably did cry because my eyes are welling up right at this moment…lol. What struck me so hard is exactly what you’ve described in what I’ve quoted from you…IT’S NOT A CHARACTER DEFECT!! Actually the first response I had was more like ‘THEY KNOW ABOUT ME!’. It was a sense of being found after being lost in the wilderness… and blaming myself for not only getting lost but also creating the wilderness to get lost in. “Nobody else seems lost…how come I’m the only one who seems lost out here? What’s wrong with me? Where am I?”

I still feel in the wilderness quite a bit but I can now at least know that I’m not crazy or defective…that helps. I’m behaving in accordance with the blueprints of survival that are within me as a mammal. And it softens and humanizes the experience and it levels the playing field too because I’ve come to see with obvious clarity how many of us, even (especially?) the one’s that appear to be ‘just fine’, are actually wounded with trauma…I recognize the emotional dysregulation and the behaviours that go with it. It reminds me to be kind and tolerant of others and (sometimes) with myself as well.

I’m behaving in accordance with the blueprints of survival that are within me as mammal.

I’m grateful that punishment and discipline (self- and inflicted-) are shifting at least in those of us who have (and had to?) get an education in the emotional wilderness.