I’m feeling quite vulnerable posting this but I just watched the movie Good Luck to you Leo Grande on Hulu. I’d read about this movie and was very curious. So I watched it when it came out yesterday. I laughed, I cried, I fantasized, cried some more. Today I watched it again and took some notes.
An older widow who had never had an orgasm but was so curious that she hired a sex worker to meet her in a hotel room. Yes, I know, a young sex worker. One might think that could never be satisfying. But he knew what he was doing. He was gentle and understanding with her even if it was his job. At one point she was so anxious she told him she changed her mind and she would pay him and told him he was free to leave. But he didn’t leave. She said she was having a moment of madness. He asked her how long she’d been thinking of doing this, days? No, weeks, months she answered. He said, this is what you want. Why don’t you take what you want when it’s right here? She talked about how she never liked her body. Yes she talked too much but I bet we all would have. Plus that was one of the ways she learned to open up. She talked about how being raised in the 1950s and how repressed it was and how she felt like a sexy old pervert.
I found it a sex positive movie and life affirming.
I’m posting a clip of the movie and yes some of it is a bit x rated and might bring up feelings so be prepared. I love that you shared this @Angelsloveyou. Thank you! I just watched the trailer and got choked up. Such a powerful and feminist premise. I love Emma Thompson (and that male actor is also super

). Im so glad the filmmakers and actors did this piece and that it’s accessible on Hulu. I think of all the women especially my mom’s age who missed out on pleasure and self knowledge because of our fucked up, misogynistic society. Will check it out in full and maybe recommend to my mom! Lol. Love you Jean!

I think of all the women especially my mom’s age who missed out on pleasure and self knowledge because of our fucked up, misogynistic society.

So true. I’ve just listened to a really good interview with Emma Thompson and Willie Geist about the movie and women’s pleasure. It’s a very deep podcast that’s almost as good as the movie. 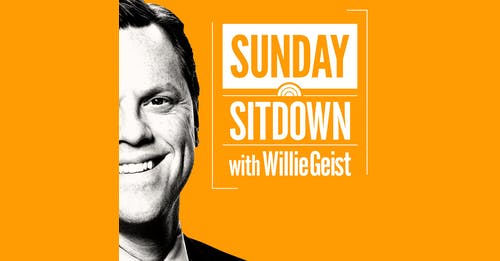 NBC's "Sunday TODAY with Willie Geist" provides sharp, conversational coverage of the day's news, along with in-depth profiles of the people and ideas shaping our culture. In his “Sunday Sitdowns,” Geist chats with some of the biggest names in news...

Good Luck to you Leo Grande

I am so looking forward to watching this when it is available outside Hulu! Wow, such great “play” and worthy matters.

Wouldn’t it be neat if I could stream it from my HULU to your zoom and have whoever wanted to join us could. It’s 90 minutes. I’m not sure how to do it but I would be willing.

I sense that would be complicated (and grey area in terms of sharing as a group; fine for individuals perhaps). I can wait; I like looking forward to movies!

I had seen a bunch of interviews with Emma Thompson (I love her too) and the movie sounded so good! I watched it the moment it dropped on Hulu! Wow, what a beautifully well done movie thanks to the talent and courage of not only Emma Thompson but, as Dru said, the hot Daryl McCormack! I’m blushing as I type that I had a couple of deliciously X-rated dreams after watching it!!

I’m blushing as I type that I had a couple of deliciously X-rated dreams after watching it!!

Well dawgonne I haven’t had my dreams yet

I’m glad you liked the movie as much as I did although I will have to admit I had a lot of thoughts during and after watching it. It brought up feelings I didn’t want to look at. I tapped on a few and they hurt. Like that one thing someone said that really hurt. My guides told me to write my story although I might need to use another name for a while. I would not want to hire a complete stranger no matter how good looking he was.

Though I came up in the sixties, think shy Catholic girl who was always the “skinny” one in comparison to my “chubby” sister (no wonder she suffered from bulemia) & drugs, sex and rock ‘n roll….I have never/rarely been comfortable with my body! Now, after at least a decade of not having a sexual partner (other than myself!) I have become much more comfortable in my own body. And, I deeply related with the last scene of the movie when Emma’s character was looking at her nude body in the mirror and gently put her hand across her stomach and the bare hint of a smile meant acceptance and love to me!

Yes that was a nice scene Norene and I’m glad you have become more comfortable in your body.

I too thank you @Angelsloveyou for this post… I have seen the trailer before and can hardly wait for it to arrive in my Library, this is truly what healing ‘sex work’ is all about … such a heartfelt performance by Emma Thompson and Daryl McCormack , and yes, very sex positive and life affirming~! I felt the same way with the 2012 movie “The Sessions” with Helen Hunt who played the role of a very empathetic and caring sex surrogate.

I don’t think I saw “The Sessions” with Helen Hunt. I’ll search for it. Yes@bluTaurus, I do think you’ll like Good Luck to You, Leo Grande.