Blue whales are the largest animals to ever live. 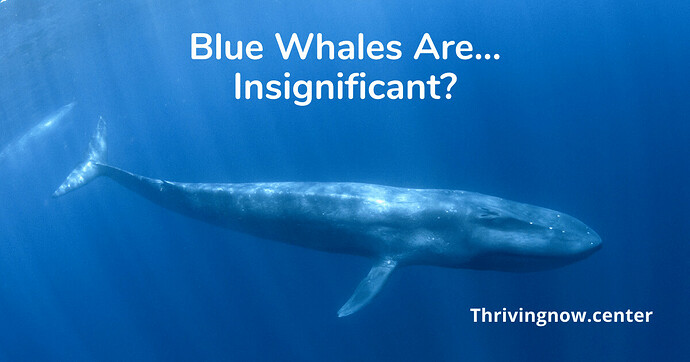 Compared to the vastness of the deep blue sea, a blue whale at 100 feet long and 441,000 pounds is… insignificant.

Compared to the age of a mountain at millions of years old, the lifespan of a blue whale at 80-90 years is… insignificant.

Insignificant: (1) too small or unimportant to be worth consideration. (2) a person without power or influence.

If we as humans had not finally decided in 1967 to protect them, to change our minds and decide that blue whales are indeed significant, they would be gone. Today blue whales number 10-25,000. That’s an “insignificant” number compared to the 350,000 blue whales were killed in the Southern Hemisphere from 1904 to 1967.

And yet we (at least some of us) value them as important parts of the ecosystem. We marvel at a living being with a heart 400 pounds in size that might only beat 1-2 times per minute when it dives. WOW.

Not too bad for something so insignificant when compared to other things.

Perhaps you think I’m being ridiculous. How could anyone consider a blue whale insignificant?!?!?

And I feel this, too:

How could anyone find YOU insignificant? (Especially YOU!)

It’s true that some people don’t give a poop

about blue whales. Blue whales don’t matter to them at all.

It’s true that some people don’t give a poop

about you, too. You don’t matter to them at all. (And it’s horribly sad when those people who didn’t care are parents

I assert that YOU MATTER. That any comparison that leaves you believing you are insignificant is not Useful.

It’s true that I’ve come to know and love people who were “insignificant” compared to their father’s deep blue sea of depression or their mother’s towering mountain of narcissism. Compared to those, even the blue whale seems… insignificant.

My heart is less than 1/400ths the size of a blue whale’s heart.

That does not make it insignificant, does it?
It doesn’t. Nor your heart.

Humans nearly killed off the blue whales to harvest from them a resource.

Humans have sadly also impacted the emotional world by nearly killing off our natural sense of our value and worth and beauty and creativity and wisdom… in order to harvest the resources of our labor and compliance… and activate our anxiety so we’re playable.

Did you know that a blue whale is over ten times smaller than the largest crude oil tankers? Makes a blue whale… insignificant… doesn’t it?

Silly Rick. And yet, how often do we compare ourselves and end up feeling puny, small, and not enough?

If you find yourself comparing yourself to others and it hurts… that is not a sign that it is true!

I assert that it’s instead a painful sign that energy and respect are being stolen from how significant you really are! That’s why it hurts.

It’s time to reclaim the Confidence that is naturally ours.

Awe and wonder are natural, healthy responses to that which is so much bigger than ourselves… and beautiful in its own unique way… like the blue whale.

You, too, are unique and beautiful in your own way.

Perhaps we all can choose to focus and live in more awe and wonder with our inherent, natural magnificence.

Love to you, and us all,
@Rick 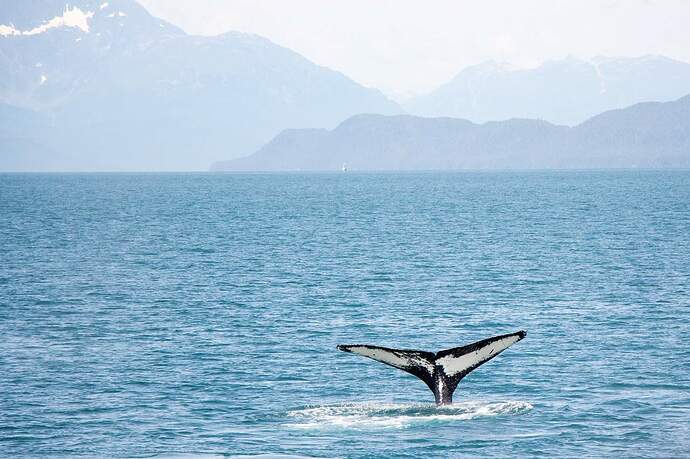 50 Incredible Blue Whale Facts For You To Find Out

Blue whale facts that will show you more about these huge marine mammals. Dive deep and learn its habits, diet, and other unique behavior.

(and I’m so glad I wrote the above before finding out the size of the blue whale’s… maleness!) 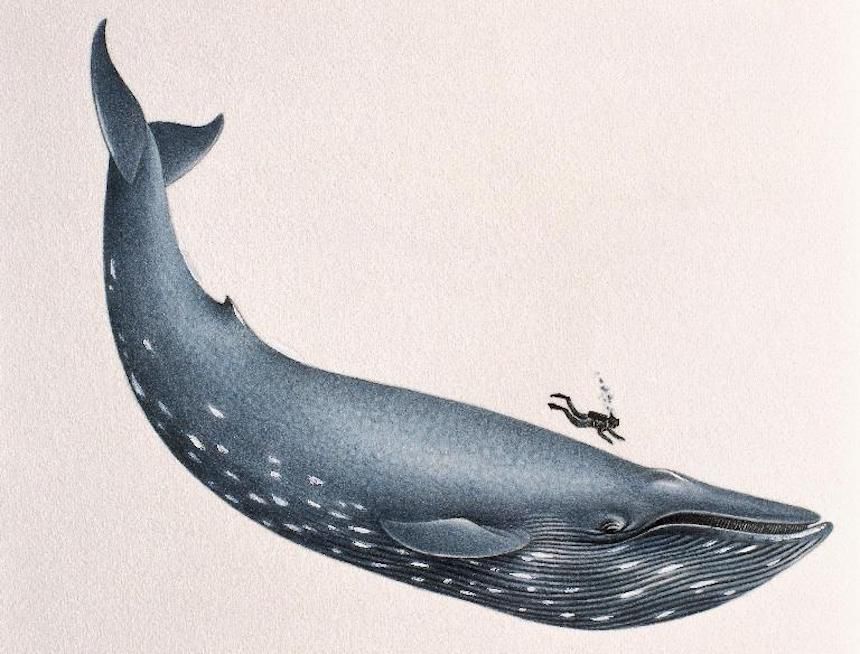 11 Facts About Blue Whales, the Largest Animals Ever on Earth

The blue whale is the largest animal ever known to have lived on the planet. Here’s what you need to know about the majestic marine mammal.