I do guitar repairs and also paint guitars as well as do some guitar building. Some of you are already aware of this. This is a job I just completed for a customer who is a well known local bass player. The guitar is a 1966 Fender Precision Bass that has seen some action over it’s 55 years of service. The owner of the bass bought it in 1977 I believe. I had to do some fairly extensive repairs to it before repainting it. I thought I’d show it off here because I’m pleased with the work I did.

This is how the bass looked when I received it. 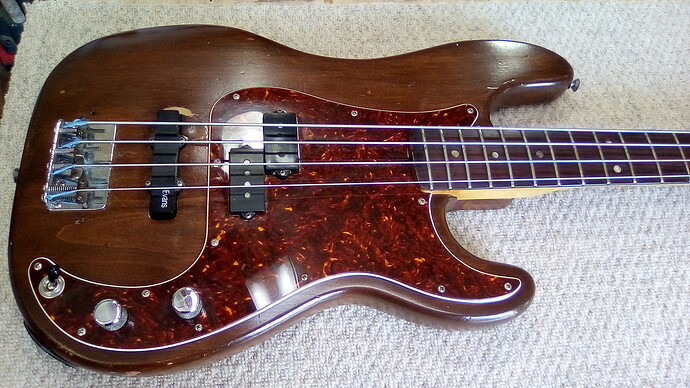 After the repairs and painting. 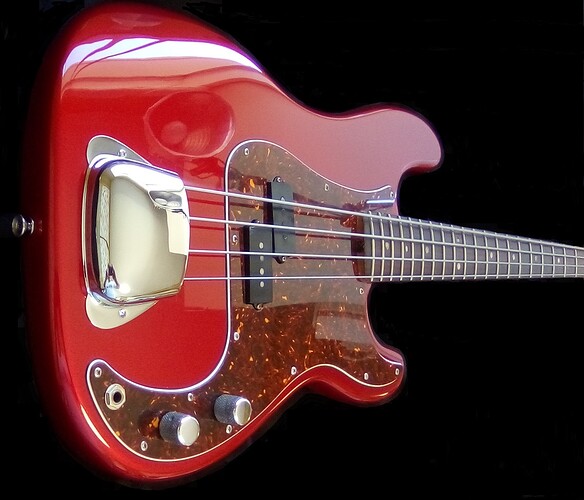 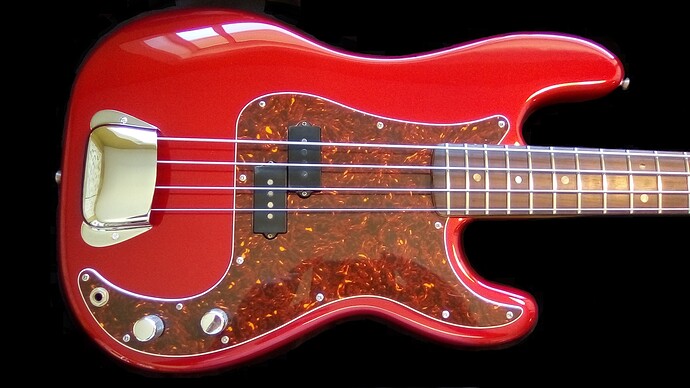 I so admire precision work in physical space. I know it has 10,000 challenges known only to the master who does the work, yet the end result feels so… satisfying to any and all of us tuned to the energy embodied into form. Renewal!

You may be underestimating… lol. There were some challenges indeed.

Hahaha, underestimating. For sure.

If people only knew all the myriad details required to put on just ONE Real Skills Workshop on the back end… and it’s okay, isn’t it? Our heartistry can be felt even if not “understood” in its deeper complexities.

WOW!!! Job WELL DONE to the universe and beyond!!

Although I don’t know specifically what those details are I am certainly aware that there must be numerous details involved in organizing a workshop. To be honest I’m impressed with and acknowledge what I perceive is the effort and care you put into most of the writing that you do on this forum. I can tell it’s not simply stream of consciousness. Thank you for all your heartistry!

Thank you Norene…I appreciate that… 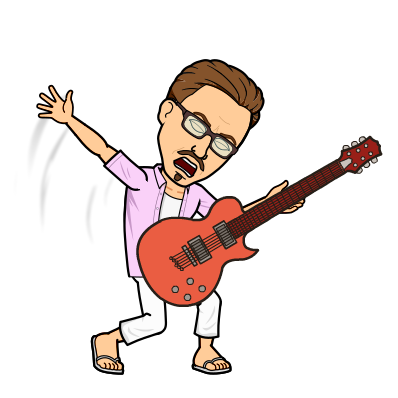 What an awesome, beautiful guitar you created Glenn. Gorgeous!

Thank you very much!!

Holy moly Glenn! That is a FKIN Beautyyyyy!!! If you’re talking about guitar specs appreciation, I’m the one that can say, yes!!! Every damn details matter! XD a ding on that baby is like hitting a baby’s head on a hard object when you’re it’s parent.

Soo great job on the paint job!!! I hope that the bass player rlly appreciates the work and craftsmanship that you put into it!

To me, as I play more and more guitars, I realise looks, branding and functions are just the surface of the craftsmanship of a guitar.! Even since playing LTD and a few ESPs, I’ve been so wowed by the “feel” of the instrument on my fingers. The fretwork is insanely well done!

And the funny thing is, I brought my guitar to my school’s jamming studio, and they were more dazzled by the looks of my rhythm guitarist’ guitar that just looks “cooler” and more “bad-ass”. And that guitar probably cost probably about $300-400, compared to my yellow LTD at about $1000. Looks still does have its importance (I mean, I’d love to have a bad-ass looking guitar too!) but if I have a choice between looks and ‘feel’, I’d probably always go the ‘feel’.

Nobody would’ve known that my guitar cost $1000, and nobody would’ve cared about how well it sat on my fingers, but I guess only I, myself, will know that I have a guitar that rocks my world, rather than “trying to rock other people’s world” with a guitar that just looks “cool”. 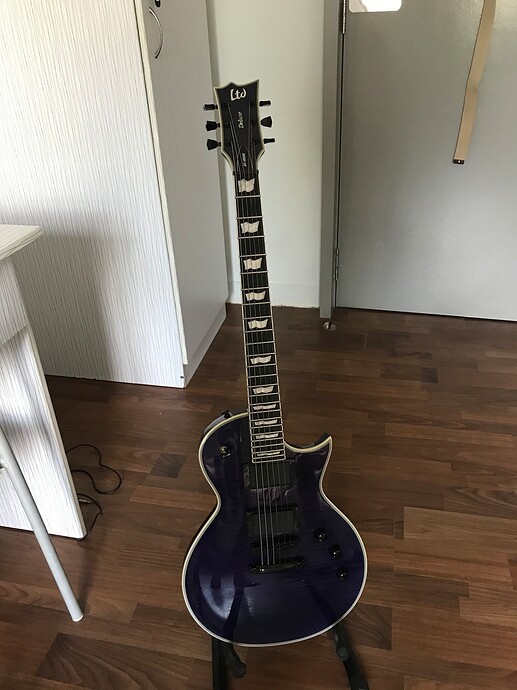 a ding on that baby is like hitting a baby’s head on a hard object when you’re it’s parent.

LOL…hahah…lol…heheheh. That made me laugh…

I’m reminded of a time I picked up a friend’s very new baby and hoisted it into the air with huge smile on my face…and hit it’s head on the stucco ceiling. Yeah, there was some little bits of white stucco lightly embedded into that beautiful, tiny little noggin. Aaaaawwwwkward!!

Even since playing LTD and a few ESPs, I’ve been so wowed by the “feel” of the instrument on my fingers. The fretwork is insanely well done!

I’ve played a few of them and I agree that they are very well built and play very effortlessly. However, I seem to be firmly anchored to ‘old school’ designs…Teles, Strats, Les Pauls, 335’s…the designs I emotionally bonded with as a teenager I suppose. So, yes, the visual aesthetic of an instrument is something that our individual nervous systems place importance on as well as the feel of the instrument. Guitar is one of those instruments that we have an intimate physical relationship with… It has a head(stock)…a neck…a body…we hold it, cradle it, set it on our lap…and we rock it…

All the things that you would do with a baby… or a lover. That doesn’t happen with a piano or a drum kit or a kazoo.
I’ve owned guitars in the past that I thought were visually amazing but I just couldn’t get along with physically. They were eye candy but I couldn’t get a sound out of them that I liked…(how’s that for some relationship metaphors!!) So, I agree with you, that feel is of supreme importance. If I can have that AND a design that I love then that’s just heaven.

And thank you for the very generous compliments on my work. I appreciate that very much.

Haha! That’s great!! I’m happy that it was awkwardness than fear haha! At least the baby didn’t cry in pain from that bump on the head! And gosh, I’d be filled with anxiety if I were to hoist the baby in the air…! What if I didn’t catch it?!

I’m happy Glenn, that you have that heritage, and I’m happy that you’ve got that journey!

I really admired and appreciate that generation has done for all the guitar production we have today. Simply remarkable works of fender and les Paul. And come to think about it, electric guitars were only invented about a century ago…!! Our pioneers were really amazing at what they do…! But I suppose that I’ll be building my own heritage in this era, and look back at how far I have come eventually…!

Hmm… not sure about other instruments though, maybe they too have their own intimate bond with their instruments too when they put their whole head into it…!

And yes!! That’s how we tell whether you’re just a guitar collector or a guitar player!

Keep rockin’, Glenn! The world needs more music that doesn’t just give a good feeling, but one that speaks a heritage, a story and a soul’s journey…

The guitar is absolutely stunning Glenn.

Thank you so much Lori!